Well I guess it was bound to finally happen, Cobra released the new Cobra DSP-9200BT which actually is a good radar detector. 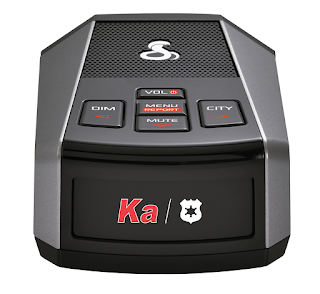 For years Cobra has been a joke among radar detector enthusiasts and no one ever thought Cobra would release a radar detector that actually offered good performance.

2015 has been the year that is changing the Escort/Beltronics hold on the performance radar detector market.  This year we seen new coming Radenso enter the US market with their Radenso Pro, Uniden came out with the LRD-950 and now Cobra with the Cobra DSP-9200BT.  All 3 new products to give Escort & Beltronics a run for their money.
Posted by Best Radar Detectors at 1:57 PM No comments:

A new Radar Detector player has entered the US Market, The new radar detector company goes under the name Radenso which is a branch of the Europe company Genevo.  The idea of Genevo radar detectors came up in 2009. The development of the first GPS enabled radar detector started early 2011 and sales launched in late 2012 (1.5years later) but before developing first Genevo models their Engineers worked for other top 3 companies in the industry for more than 10 years.

Posted by Best Radar Detectors at 4:59 PM No comments:

What a surprise from Uniden this year in that they put out some budget detectors like the LRD-450 priced at $69 and the LRD-750 which we have priced at $99 which actually performed amazing for these prices.  Usually under $99 detectors in these price ranges were junk and usually operated only as ticket notifiers because their sensitivity was usually so poor.  When we first tested these units we were shocked that they were keeping up with some detectors costing 3x and 4x their price.

We had to adjust our 2015 Best Radar Detectors list to remove some of the Whistler models and replace them with these new Uniden Models.  Under $100 there is no doubt that either of these units are the new leaders in the price category.  The performance on the $69 LRD-450 exceeded the performance of any Cobra radar detector that we tested and performed better than any Whistler unit priced $200 or less which is an amazing accomplishment.


Posted by Best Radar Detectors at 11:18 AM No comments: 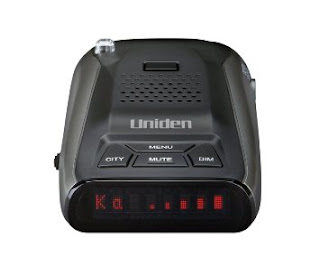 Uniden was once prominent in the radar detector business but as time went out they discontinued their models and faded away.  In 2015 to our surprise they are getting back into the game and in a big way with releasing some new models priced very aggressively and surprisingly they perform very well.  For example their new LRD-750 Retails at $129.95 and we have them priced at $99.95.  In this price range there is NOTHING that offers similar protection.

If you are looking for a budget radar detector with big performance definitely take a look at the new Uniden Radar Detectors and specifically the LRD750.


Posted by Best Radar Detectors at 6:24 AM No comments:

The AL Priority was the only product that jammed ALL laser guns tested!

Looks like everyone even Radar Roy now agrees that the AL Priority is the best laser jammer on the market. After the latest shootout results.... The AL Priority was the only product that jammed ALL laser guns tested!

For on the testing results check out the RALETC official full review:

Posted by Best Radar Detectors at 2:14 PM No comments:

The Missouri General Assembly has never been able to come to agreement about whether red light cameras and speed cameras should be used in the state. Bills put forward to advance photo enforcement have failed just as often as legislation that would ban automated ticketing machines. Last week, the state House of Representatives came up with what a large majority, 109 to 37, saw as the perfect compromise. They voted to pass the decision along to the people.

If the measure passes the state Senate and is signed into law by Governor Jay Nixon (D), a measure banning red light cameras and speed cameras would be placed on the August 2, 2016 statewide ballot. The proposed measure leaves open the use of cameras for automated license plate readers (ALPR or ANPR) and toll road cameras.

"No county, city, town, village, municipality, state agency, or other political subdivision of this state shall enact, adopt, or enforce any law, ordinance, regulation, order, or other provision that authorizes the use of an automated traffic enforcement system or systems to establish evidence that a motor vehicle or its operator is not in compliance with traffic signals, traffic speeds, or other traffic laws, ordinances, rules, or regulations on any public street, road or highway within this state, or to impose or collect any civil or criminal fine, fee, or penalty for any such noncompliance," the propose ballot language states.

Judging by the response in St. Charles County, a suburb of St. Louis, the cameras would not fare well in an electoral challenge. Of the county's 379,000 residents who voted in November, 73 percent wanted the red light cameras to be gone. Even the state courts have recently reversed course and begun pushing back against the use of cameras.
Posted by Best Radar Detectors at 2:31 PM No comments:

New Jersey Cops May Not Order Passengers Out Of Car

Cops in New Jersey can order a driver out of his car, but not the passenger -- at least, not without good reason. That was the conclusion of an appellate panel of the New Jersey Superior Court last month after considering the case against Tawian Bacome, who was driving a Ford Bronco when a pair of detectives set up a sting operation in the late afternoon of April 29, 2011.

Woodbridge Detectives Brian Jaremczak and Patrick Harris suspected that the Bronco was involved in a drug deal. They were ready when it passed by on Route 9. They claimed Bacome's passenger was riding without a seatbelt and initiated a traffic stop. After Detective Harris said he saw Bacome reach under his seat, both the driver and passenger were ordered out of the car. Once the vehicle's door was open, the detectives saw a rolled up piece of paper and a small piece of Brillo pad, which they concluded was drug paraphenalia. This became justification for a search of the SUV, something they intended to do even before the stop began.

"I asked him out of the vehicle," Detective Jaremczak testified. "And at that time it became a narcotic investigation... I did believe that they went to Newark to purchase narcotics."

A trial judge considered this sufficient to uphold a conviction for possession of the crack cocaine that was subsequently found. The three-judge appellate panel majority disgreed becase there was no reason to order the passenger out of the car.

The majority reasoned that a driver could be ordered out of a car because of the importance of a police officer's safety. Here, the majority found the detectives were simply operating on a hunch. Failure to wear a seatbelt is a situation that hardly raises suspicion of looming danger.

"The record reveals that much of what motivated this stop and investigation was the detectives' assumption that defendant and [passenger] were narcotics users or sellers or both," Judge Fisher wrote. "The record contains nothing but rumor and innuendo to support that assertion."

No evidence of a threat to officer safety was presented at trial, and the driver's movement did not suggest the passenger was a danger.

"The order that [the passenger] exit the vehicle was impermissible and -- because it was the linchpin for all that followed -- defendant's motion to suppress what was thereafter discovered and seized should have been granted," Judge Fisher concluded.
Posted by Best Radar Detectors at 3:30 PM No comments:

We have been asked by many to expand the radar integration on the AL Priority Laser Defense system to enable it to offer the best Laser & Radar protection in an affordable package.

Look for new packages coming soon on our website. http://www.bestradardetectors.net and the AL Priority USA official website: http://www.alpriorityusa.com
Posted by Best Radar Detectors at 10:01 AM No comments: