We get this question daily and both these detectors the Escort 8500x50 and the Beltronics RX65 share the same antenna and performance is almost identical. Escort & Beltronics merged quite some time ago and their newer detectors share the same technology but there are usually slight feature differences between the models.

When coming to these two models we like the Beltronics RX65 better because you get more detector for the same price. The Beltronics RX65 radar detector adds Voice Alerts and also supports the international KU Band. Voice alerts in my opinion make a detector much less annoying when an alert goes off since it will beep to get your attention and then tell you in a voice what band it is picking up. I like this much better than just a constant beeping tone.

As far as the KU Band is concerned there is no KU Band radar guns used in the US or Canada but if you travel internationally its worth having. When both detectors are priced the same it only makes sense to get the Beltronics RX65 in our opinion.
Posted by Best Radar Detectors at 9:06 PM No comments:

Cobra has been quiet lately and then all of a sudden they announce the new Cobra iRadar a new type of radar detector designed for iPhone users. I have to save the iphone app is very slick. 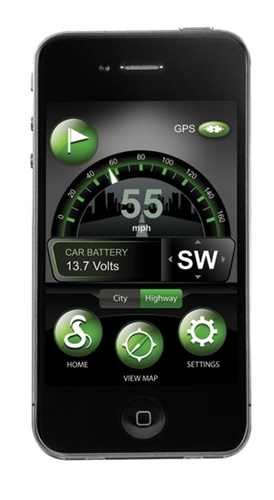 It is still relatively new and we have not tested the performance on this new unit yet. Once we take a test drive with it we will report back. When looking at features its packed with features including red light and fixed camera locations, all band radar and laser detection, and lots of other goodies.
Posted by Best Radar Detectors at 1:34 AM No comments:

Move Over Law (New Law in some states)

With the economoy still struggling and deficits rising a trend seems to be emerging with more and more tickets being written. There is a law which over 71% of americans dont know exists.

Its Called the Move Over Law, If a patrol car or emergency vehicle is pulled over to the side of the road with their lights flashing, you have to change to the next lane (away from the stopped vehicle) or slow down by 20 mph. Every state except Hawaii , Maryland, NY and D.C. has this law and the fines are not cheap.

"More than 150 U.S. law enforcement officers have been killed since 1997 after being struck by vehicles along America's highways, according to the National Law Enforcement Officers Memorial Fund," according to information posted on the group's Web site, "www.moveoveramerica.com.

Just be aware of this law and use common sense when passing a patrol car or emergency vehicle on the side of the road. If you do not change lane or slow down by 20 MPH it could cost you a ticket as high as $500 or more.
Posted by Best Radar Detectors at 9:34 AM No comments:

We still have some Escort SRX Remote Radar Detectors still available. Last years popular model was once selling for $1199.95 and we have them on clearace for only $499.95 - This is an incredible value for a remote system which also comes with a built in laser jammer for the front and rear of your vehicle.

Posted by Best Radar Detectors at 12:21 PM No comments:

We get asked this question daily and here is the simple answer. The Escort 8500x50 Red & Escort 8500x50 Blue radar detectors are exactly the same with the exception of a red or blue display. We as most people question why such a huge price difference of $40 and we are told the Blue LED's cost more money to produce. Our personal opinion is save the $40 and get the 8500x50 Red unless your vehicle interior is Blue and you really want your radar detector to match.
Posted by Best Radar Detectors at 1:50 PM No comments:

Having GPS in a radar detector is not for directions, Its for notifying you of red light cameras and fixed speed cameras and for giving you the ability to mark and ignore false alerts.

The Escort Passport 9500ix puts an end to false alarms. The GPS TruLock feature allows you to simply press a button to captures the location coordinates and the exact frequency of the false alert signal and stores them in memory. Once stored, TrueLock will reject these signals the next time you pass the same location. It is intelligent enough to warn you of a new or different signals in that same location but will ignore the false memorized alert.

The Escort 9500ix puts an end to false alerts...
Posted by Best Radar Detectors at 3:59 PM No comments:

Below are our best selling GPS Enabled radar detectors: 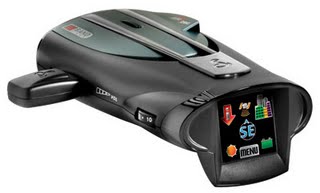 Posted by Best Radar Detectors at 9:51 PM No comments: