We have been testing the Cobra XRS-9960G radar detector for a few weeks now and I can say its definately a decent unit for its current selling price of $259.95. The number one question we hear from people is why when they ordered a Cobra XRS-9960G did they receive a Cobra XRS-9955 in the box? 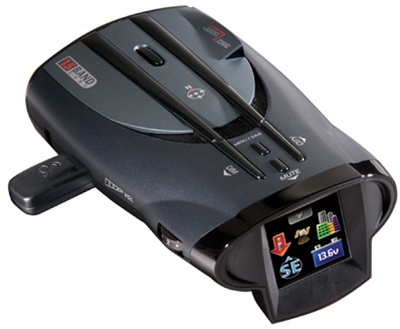 Ok, Here is the deal. The Cobra XRS-9960G is actually a bundle sku which contains the Cobra XRS-9955 and the RDA GPSL55 GPS Locator. The huge benefit of buying the XRS-9960G over the individual components is that when you buy the XRS-9960G it is also bundled with a Lifetime Subscription to the AURA Database for Verified Speed and Red Light Camera locations for the entire United States and Canada.

If you purchase the XRS-9955 & the RDA GPSL55 GPS Locator separately it will not only cost you more to buy the two items but you also have to pay to access the AURA database to get updates.

So if looking for a radar detector under $300 and need red light camera protection definately take a good look at the XRS-9960G bundle! For $259.95 you not only get Cobra's top of the line detector (XRS-9955) you get the GPS Locator which will alert you to verified Speed and Red Light Camera locations, dangerous intersections, and reported Speed Trap locations for entire United States and Canada.